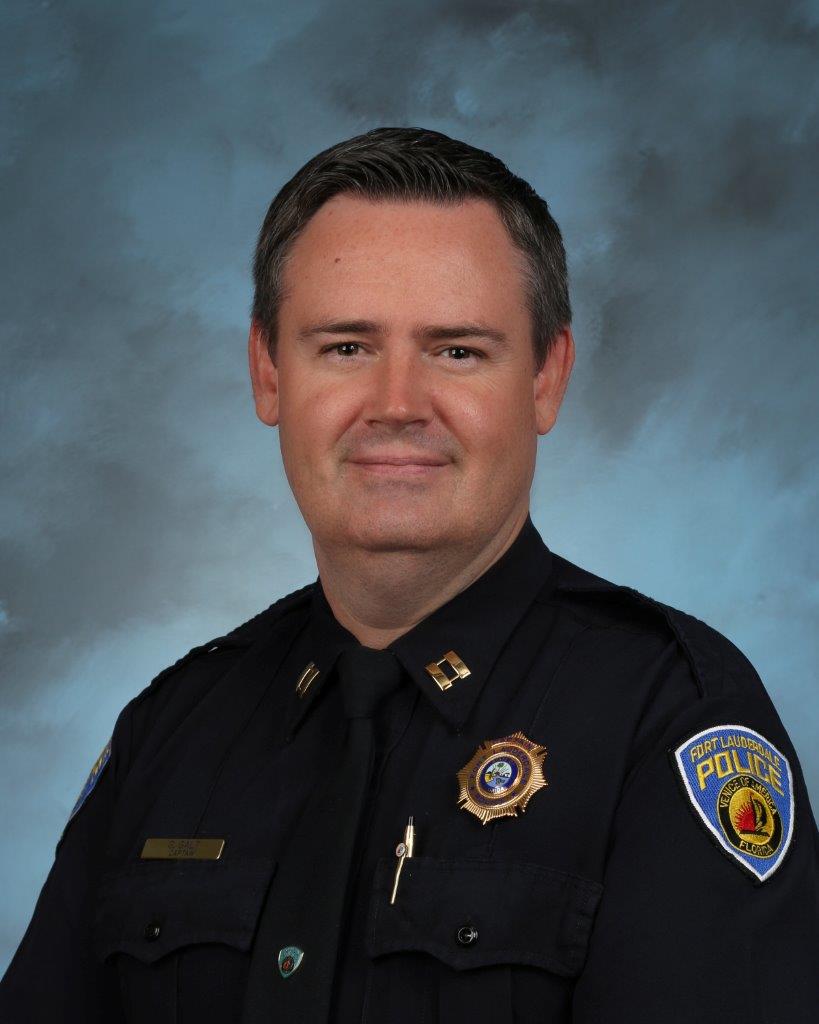 Responsibilities: Captain Galt is currently the Captain of the Street Crimes Division.

History: Glenn started his career with the Fort Lauderdale Police Department as a Law Enforcement of Tomorrow(LET) Explorer cadet in 1993.  In May 1995, Glenn was hired as a Communications Specialist in the Police Department’s Communications Center and he served as a Dispatcher, 911 Call-Taker, and Communications Training Officer until his hire as a Police Officer in April 1997.  As an Officer, Glenn served in the Operations / Patrol Division where he worked in all three Patrol Districts and on all three shifts.  Additionally, he served as Field Training Officer(FTO) from 2001 until 2003.  He also worked in the Community Support Division / Component I as an Officer and Acting Sergeant serving the communities of Flagler Heights, Victoria Park, and Poinsettia Heights.

He was promoted to Sergeant in 2003 where he was assigned as a Patrol Supervisor in the Operations Bureau.  As a Sergeant, he was also assigned to the Staff Support Division in the Support Services Bureau from 2005 until 2008 where he managed the Police Department’s Fleet, Facilities, Police Supply, Special Projects, and other logistical sections of the Department.  In 2008, Glenn was promoted to the rank of Lieutenant and led the Human Resources Section of the Department from 2008 until 2013.  During that time, he managed the Background Investigations, Training, Payroll and Recruiting Units of the Department and was the Administrator of the Department’s scheduling and payroll software, TeleStaff.  Glenn also served as a Shift Commander in Patrol from 2013 until 2014.  Glenn was promoted to Captain in September 2014 and initially served in the Human Resources Section again.  In 2015, Glenn was transferred to the Investigations Bureau where he started the Street Crimes Division and Rapid Offender Control(ROC) model and he remains the head of the Division today.

Free viewers are required for some of the attached documents.
They can be downloaded by clicking on the icons below.